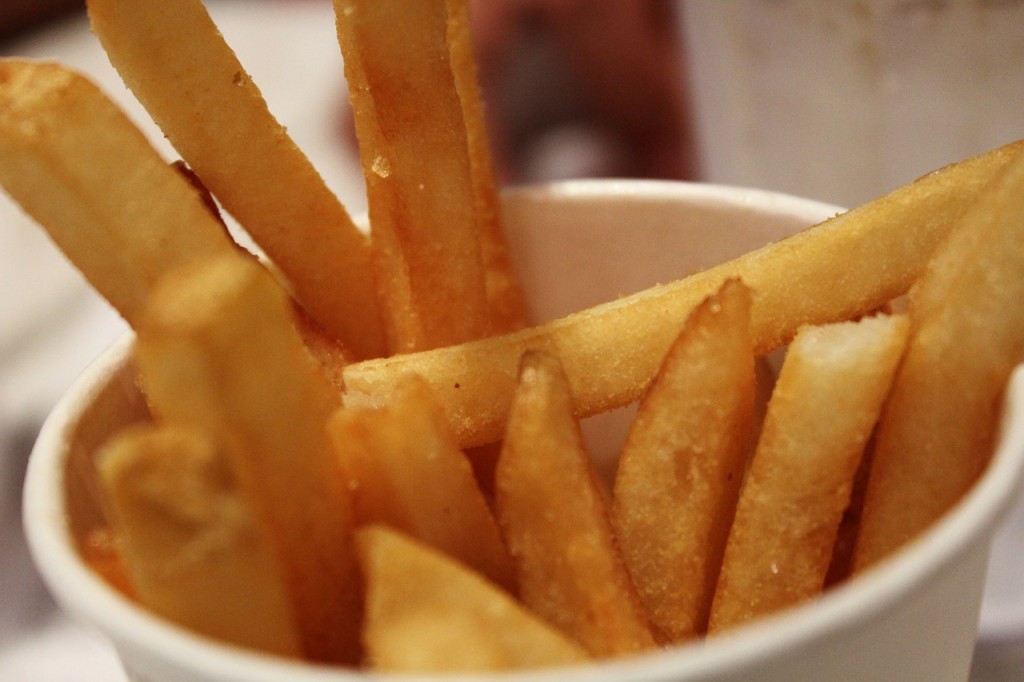 Friteries, stands dedicated to sell frites, are a very popular. There are many sauces beyond ketchup and most are mayo based. The cooking process is very different than the French fries we know here in America. The results are superior as they always taste fresh because they are twice cooked – first blanched in oil and rested then quick fried when ordered. This ensures a fresh crispy taste every time.

Frommer’s notes on why Americans call them French Fries:
Some people believe that the term “French” was introduced when British and American soldiers arrived in Belgium during World War I and consequently tasted Belgian fries. They supposedly called them “French”, as it was the local language and official language of the Belgian Army at that time, believing themselves to be in France.