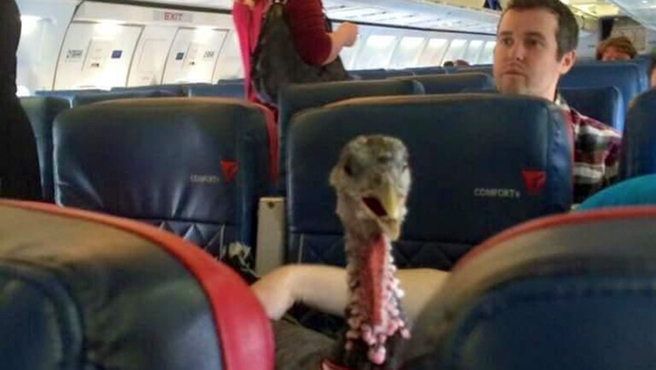 In honor of Thanksgiving, we would like to celebrate a story from January 2016:

Delta Airlines Allows Turkey On Flight For ‘Emotional Support’
Delta Airlines is being mercilessly mocked on social media after a passenger brought a turkey on a flight as an “emotional support animal.” Delta spokesperson Ashton Morrow confirmed to USA Today that the airline had accommodated the turkey under the U.S.’s Air Carrier Access Act. The act allows emotional support animals to accompany passengers with disabilities, so long as they have approval from a mental health professional. 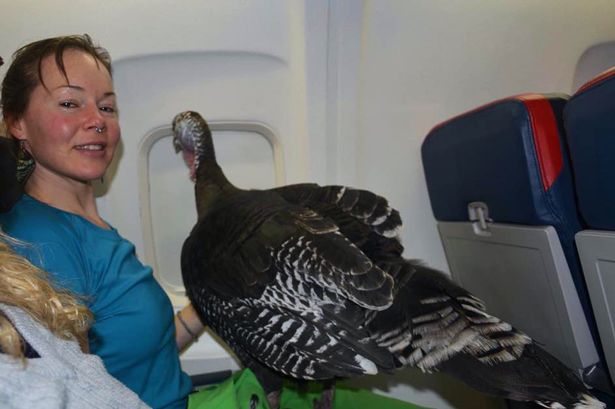 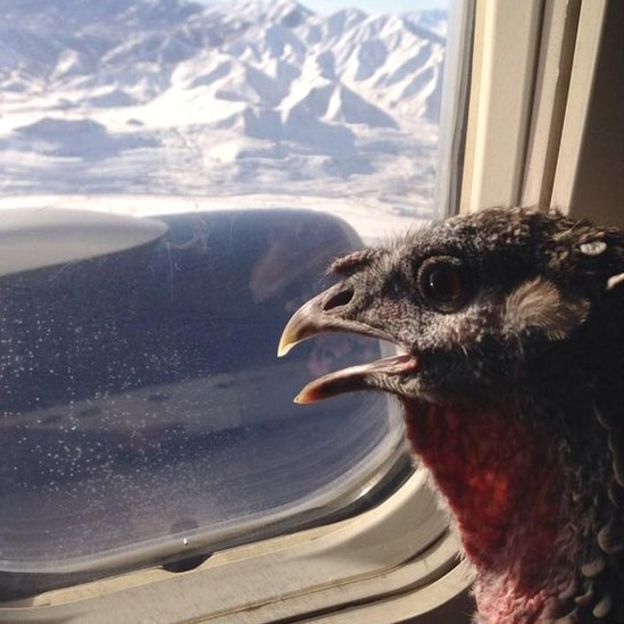 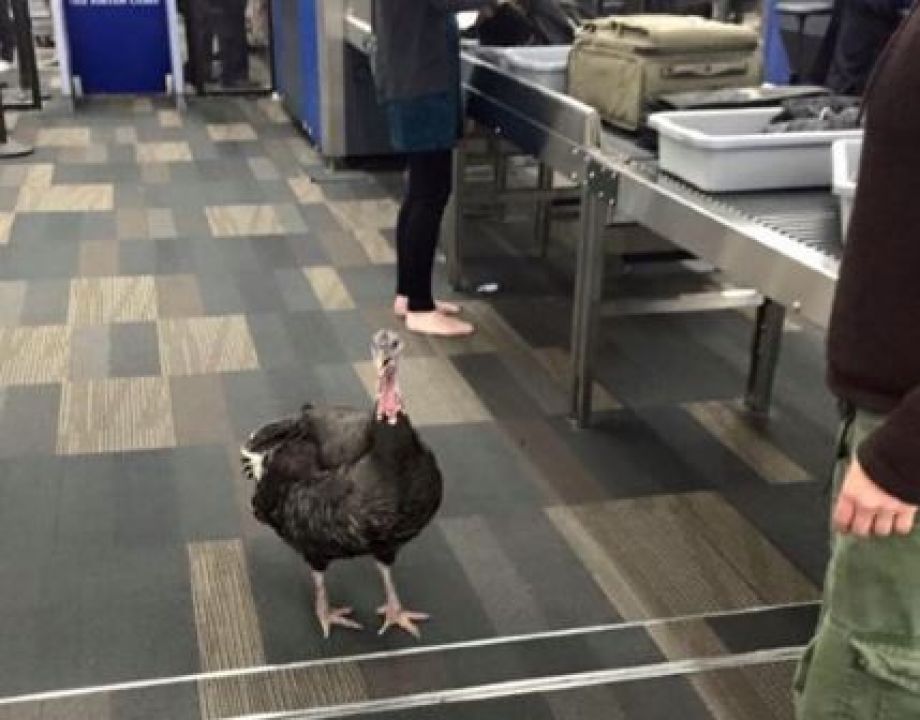