Has airline food changed in the last 10 years?

Little to no progress has been made on improving airline food in the last 10 years. It’s an uphill battle as recent research has shown that our taste buds decrease up to 30% when we fly. Here is my economy dining menu from a flight I took from Atlanta to London in 2008, it is strikingly similar to what’s offered today: 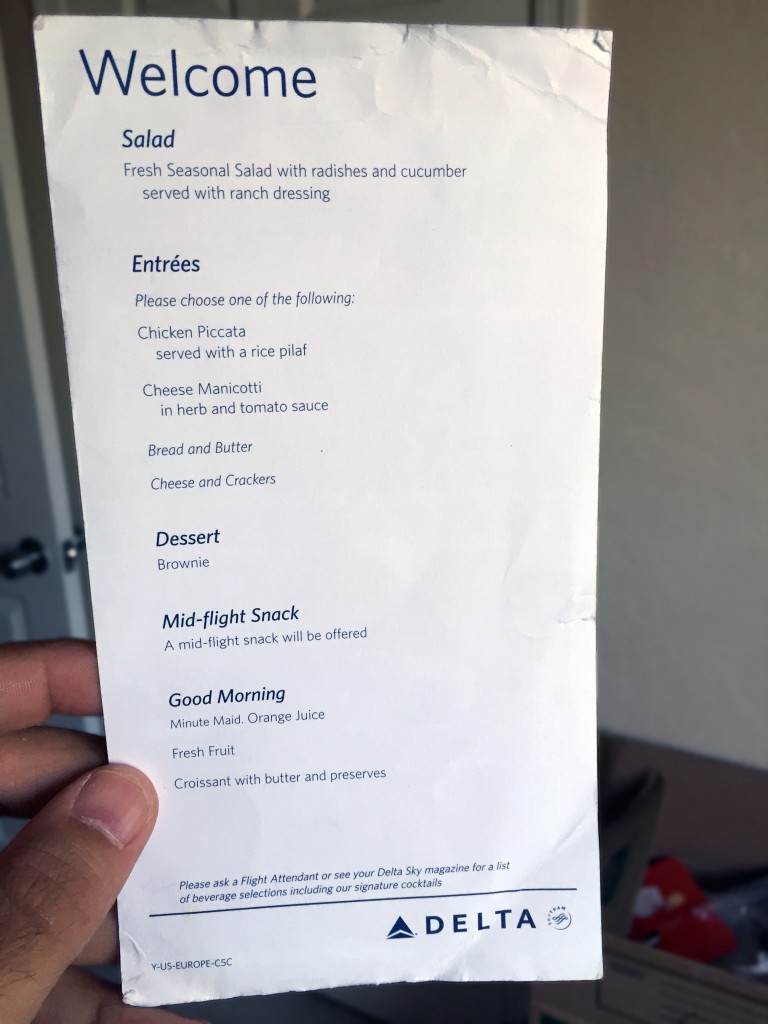 I had the cheese manicotti. It is my airplane food policy to avoid chicken, fish, and eggs on flights due to the potential risk of food poisoning. I don’t expect Bobby Flay quality meals in coach but a simple charcuterie plate with fruit, nuts and cheese is a big step up from the steamed entrees being served today. Food is a necessity, not something to mess around with when holding people captive on an airplane. They say airlines spend an average of $10 per passenger on meals, if that is so – it is surely not being spent well.