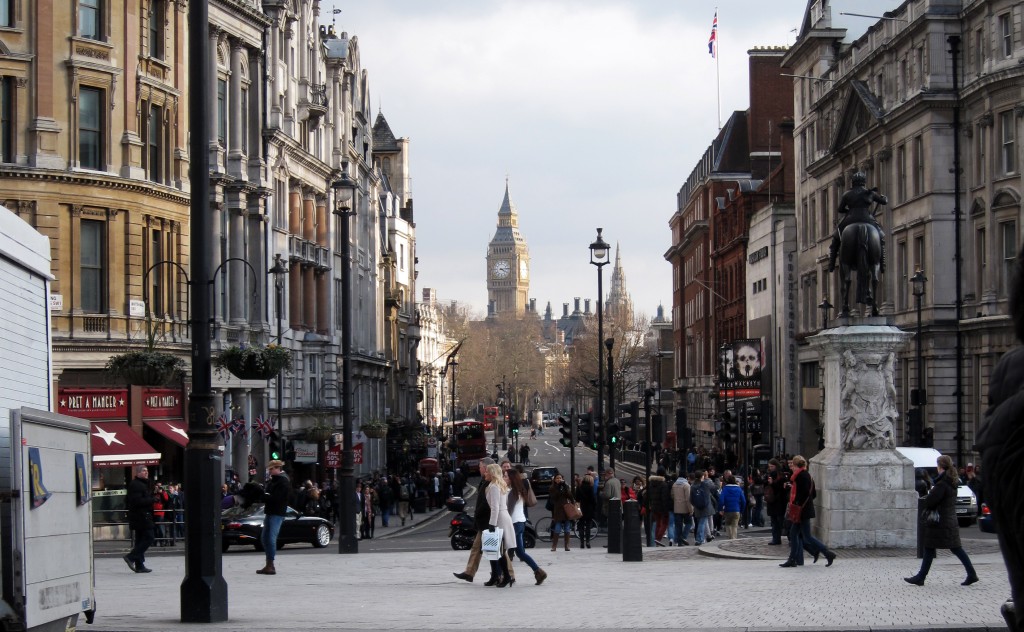 Big Ben is an iconic symbol of London, yet the following travelers would probably have been happier staying home and looking at their wristwatches:

Its just a stupid clock why did idiots call it big Ben. Its called the Elizabeth tower. Big ben is the bell that chimes every hour and then you have little Ben. (TripAdvisor)

This review is half right, it’s true that Big Ben is the large bell in the Elizabeth Tower but most just refer to the entire structure as Big Ben – which is okay by me. Pro tip: view Big Ben from Trafalgar Square.

absolutely terrible I would never ever go again im glad they blew it up in v for vendetta. its just a big clock and the whole experience left me unsettled. (TripAdvisor)

cant go up it or in it. its not as big as you expect, the promoters for this must be teenage boys who always exaggerate on their size. its as disapointing as removing a wonderbra (TripAdvisor)

Errr look at your wrist

Never really understood Big Ben’s attraction until trying to walk through to Westminster Tube through masses of people with selfie sticks trying to get shot of themselves with the Queen Elizabeth Tower in the background and nobody called Ben in sight. It does Nothing other than tell the time which is pretty much what your wristwatch does. (TripAdvisor)

Oooooooooooooooo Big Ben a big clock tower attached to the Houses of Parliament chimes every now and again if you want to see Big Ben look it up on Internet looks much better without all the rush of tourists with selfie sticks! Could do with a few birds of prey to kill the pigeons! (TripAdvisor)