JetComfy is a travel pillow with a kickstand-like apparatus funding on KickStarter. 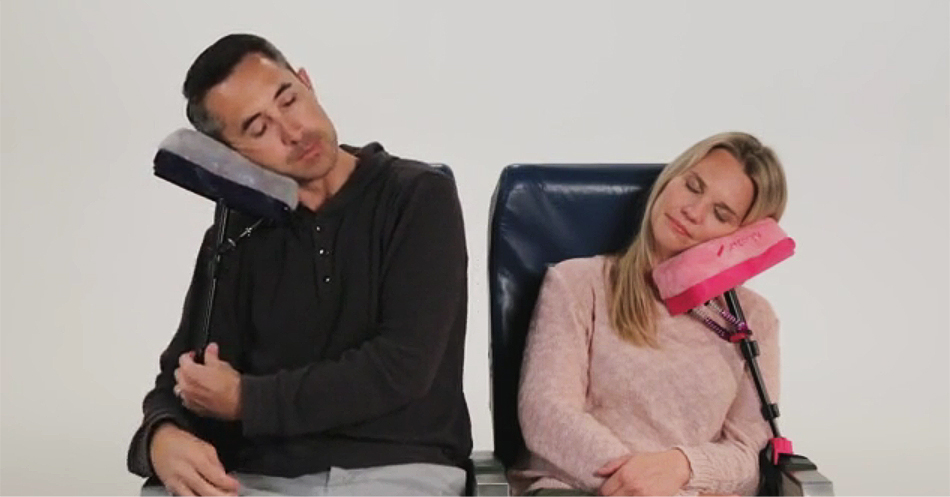 This review is based on the concept video and the price, I do not own this item.

Part of being human means lugging a giant melon on-top of your shoulders, i.e. your head. Heads bounce around on airplanes, making it hard to sleep. The JetComfy appears to help by being a tripod for your noggin. Although, the product looks like it requires a little balance once you put your weight on it.

The product has a As-Seen-On-TV vibe. It’s kind of awkward looking too. I prefer to put on my sunglasses and take a couple Xanax rather than use a pillow. But JetComfy isn’t a pillow, it is a headrest, right? What will the airlines think? The device straps on the armrest. This is a pass for me personally but I can see value in it for the right person. If my grandma were alive today and happened to see the JetComfy on TV, there is no doubt it would end up under my Christmas tree.